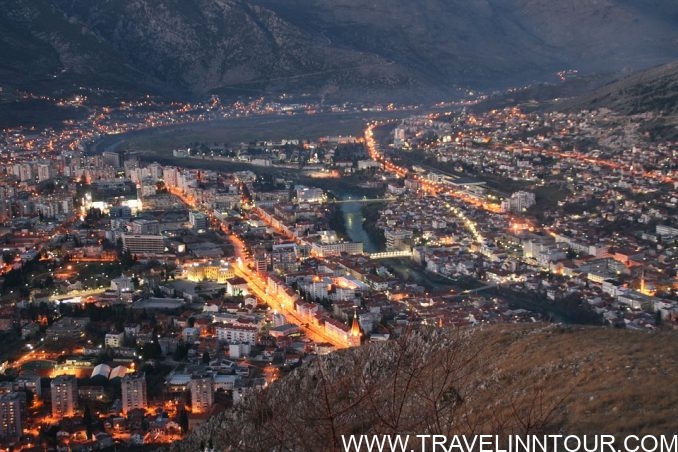 After two memorable days in Sarajevo, we decided that the words of this amazing adventure would have its next chapter written in Mostar. Words were toing and froing regarding more Bosnians cities to visit making our choice even harder.

The opinion might vary when comes to places to visit, however, if the subject is whether or not to include Mostar on the itinerary, it’s unanimous – one has to stop by this little paradise.

But before we started our journey towards the south, we dedicated few more hours to the capital of Bosnia and Herzegovina, where each corner of the city is faithful to the power of the history of this unique city.

What currency is used in Mostar?
The official currency is the (BAM) Bosnian Convertible Marks in Bosnia, but the euro also acceptable in most places. You can also pay in ‘Croatian kunas’.

The remainings of the bloody civil and the corner where Franz Ferdinand where killed (the event that marks the beginning of the WW1) refuse to vanish from the sight, but the sounds of the-peaceful-divided-city-still – majority Muslims – are reinforcing the idea that Bosniaks, Croats and Serbs, whatever their beliefs, just have to be themselves to allow the harmony to keep thriving.

What is Mostar famous for?
Mostar city one of the most visited attractions in Bosnia due to its extraordinary natural beauty, its architecture and the famous Stari Most, A UNESCO World Heritage Site.

From Sarajevo to Mostar is only 127km which we could try to make hitchhiking but, to avoid delays, we decided to take a bus. In Sarajevo, we were already looking at the calendar due to the fact we had planned to cross the Balkans thumbing in 30 days but time was becoming scarce whilst we were falling in love with Bosnia and its people thus we always ended up staying longer than planned.

Recommended For You:  How To Tick Off Extra Countries On Your Eurail Trip

The famous hospitality of the people from Bosnia can flourish when one less expect and for us, though attuned to this attitude, meeting another person willing to help us where always a lovely surprise.

On the bus, which we nearly missed, we were greeted by a young man who did help us understand the bus driver and made sure we would get to our destination safely.

Adnan, The Prince, was going to be our guide and friend for 3 days. He found a hostel for us near his house and later on he finds room for us amongst his friends, likewise super welcoming.

For the first time, we managed to party and experience a night just with locals, with no fellow travelers around to divert us from the local places thus we rubbed shoulders with rather nice people with whom in unison we sang in a language that our brain was getting used to.

Oslo, where Adnan lives, might be a cold place, but the people around Mostar were rather friendly and instead of one day – the initial plan – we stayed 3 days and the experience speaks for itself.

Mostar lies in between mountains and hills and it’s slalomed by Neretva River, the architecture is fascinating.

Recommended For You:  Things You Can't Miss In Wales

The Inevitable Subject – The Civil War

Adnan, like almost the people from his generation, went through the war and make them utter the words of terror is rather complicated. However, this guy, who while a kid, used to try to guess which weapons were used during the daily shooting, did guide us through the streets of Mostar were bullet marks are visible almost everywhere.

Who Destroyed the Mostar Bridge?
In fact, the JNA put Mostar under siege in 1992 and bombed it mercilessly and regularly by the order of Serbian general Momčilo Perišić and destroyed the old bridge.
The Bosnians and Croats fought together in the 1st year of war against the Serbian enemy.

Living underground, 3 years without proper school, lack of food is amid the challenges he and his family had to overcome.

Speak about the war in Bosnia means touch sensitive wounds from the past and not everyone is available to open the book of his life to strangers. We were no longer strangers and with us, he shared his painful memories of seeing his family’s house being burnt, his cousin’s death and family terror moments.

The old Bridge – Stari Most is the symbol of unification of the city and the main landmark. It’s unfortunately overcrowded by tourists, most of them deaf to the sounds of bullets that Adnan used to guess, ignorant regarding the depth of the war wounds and unaware that old bridge unifies two different worlds divided by political extremism.

Recommended For You:  Cities To See By Bike - 4 Best Bicycle-Friendly Cities in Europe

The city might attract thousands of tourists every summer but the common visitor is far from the real picture. The city lives under a silent conflict of interests with two different nationalities in one city, two different bus system, same language divided in 2 – Croatian for Croats Catholic and Bosnian for Bosniaks, muslins sharing the same anxiety – will this place be unified one day? 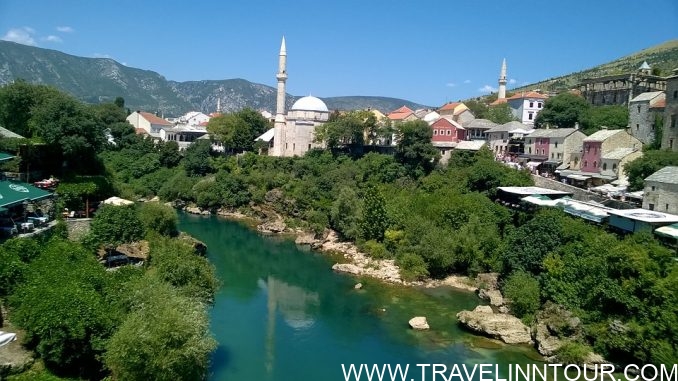 For us, travelers, adventurers, Mostar was an opportunity to know that no matter what happened during the bloody Balkans war the people in this region have their heart set up to make one fall in love. 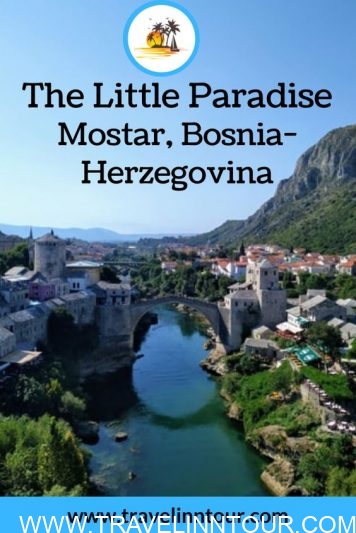 Accommodation in New York is the most important thing to know if you’re really ready to visit New York. Tourists can easily discover luxury to budget-friendly hotels as the city itself hosts many luxury, cheap and star hotels. […]

A Guide To NYC-All About New York Attractions

Holidays in New York will engage tourists in the pleasures of life, exciting sporting events, and lively nightclubs. It is interesting to note that a city is also a place for relaxation, theater, shopping and much more. […]