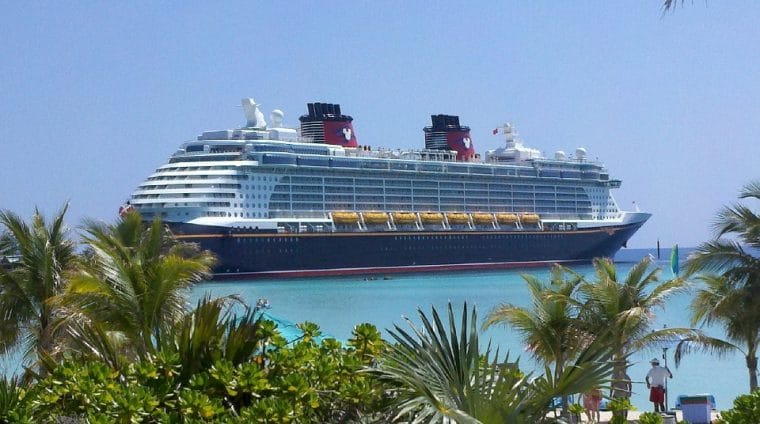 Suffering from seasickness on a cruise ship?

If you or someone in your family is going to go on a cruise but they struggle with motion sickness, also known as seasickness, then you have one more thing you need to make sure you prepare for before you head out on your cruise. If not properly prepared for the occurrence of seasickness your cruise can be a miserable experience.

Some individuals may not even know they are prone to seasickness until it is too late, they don’t normally get motion sickness in the car so they think they will be fine on board a cruise ship.

What is the cause of Sea Sickness?

If you are on board a cruise ship, if it is a large ship, what you see all around you seems to be stable or fixed and not moving, but your inner ear senses the movement causing you to feel dizzy which in return leads to the other symptoms of motion sickness.

Other Tips for Avoiding SeaSickness

The first step in preventing seasickness is to get a good night’s sleep if you’re, tired and stressed you’re much more likely to have problems.

If you don’t want to spend most of your cruise knocked out by Benadryl and would rather try a natural remedy, you might want to give Ginger a try. Ginger is a well-known remedy and is the most common herbal remedy for seasickness. Sometimes Ginger Ale can help if it has real ginger in it. You can also get ginger in capsule form and can be purchased in health food stores. Some people complain of an aftertaste and sometimes heartburn can occur.

There are several medications prescription and over-the-counter medications you can get before you leave for your cruise. The most common prescription drug is Transderm Scop, also known as a scopolamine or Scop seasickness patch. It is a patch that is applied behind the ear at least eight hours before your cruise sets sail. It is effective for up to three days. Keep in mind that Scop is a precautionary drug and is not a treatment for seasickness. Check with your doctor or pharmacist for possible side effects.

Over-the-counter medications include Dramamine, Benadryl, and Bonine. On some ships, if you experience seasickness you can visit the ship’s doctor and they will give you some while others may charge a hefty fee.

Make sure you carefully follow all the instructions of these medications. Don’t take more than the prescribed dose. If it says to take it with food or water then make sure you do so. Some of them require taking it during a specific time frame before your departure so pay attention to this important detail.

Some people have luck wearing wristbands. Wristbands provide a type of acupressure for the relief of seasickness. There is a point about an inch and a half above your wrist on the underside of the arm where the wristband applies pressure.

The newer cruise ships today are equipped with stabilizers that significantly reduce the motion of the ships that cause seasickness. Those who easily succumb to motion sickness more than others will be happy to know that it is much less likely you will get seasickness on a larger ship than a smaller one. So the bigger the ship the better and the less it will rock!

Choose stateroom wisely. When selecting a room on a cruise ship try to book a room in the middle of the ship and the lower the level the better off you will be. This is because the ship is the most stable mid-ship and the lower you go. Having a stateroom on the outside with a window will also give you a consistent view of the horizon.

Avoid playing games or reading a book if you suffer from seasickness.

Try to get some fresh air, spend as much time as possible out on the deck, the horizon can help acclimate your surroundings keeping your equilibrium in balance.

Even if you take these precautions no method or medication is 100% foolproof when it comes to seasickness.

Don’t let your cruise vacation be spoiled due to your fear of suffering from motion sickness. Do all you can to subside the symptoms on your own. If that isn’t effective then try various over-the-counter products. If you find that some means of transport are more difficult than others for you, avoid them if possible.

Best Places To Visit During A Fabulous Vacation in Sydney, Australia

Spread the love20Shares Sydney is one of those cities that never sleep, and you will find that fact abundantly clear from the moment you arrive.  […]

Spread the love45SharesOnce you step into the New York Café, you will find yourself wondering if you entered the Hungarian version of the Sistine Chapel […]

The Good and Bad of Machu Picchu

Spread the love32SharesLet’s be honest. Traveling in Peru doesn’t mean much if you don’t make it to one of the Seven World Wonders of the […]