Tanzania is known for the wildlife and the national parks. But above that, this country is known for the highest mountain peak in Africa, Mount Kilimanjaro. Most visitors come here for wildlife safaris, wildlife viewing, and other adventurous activities. 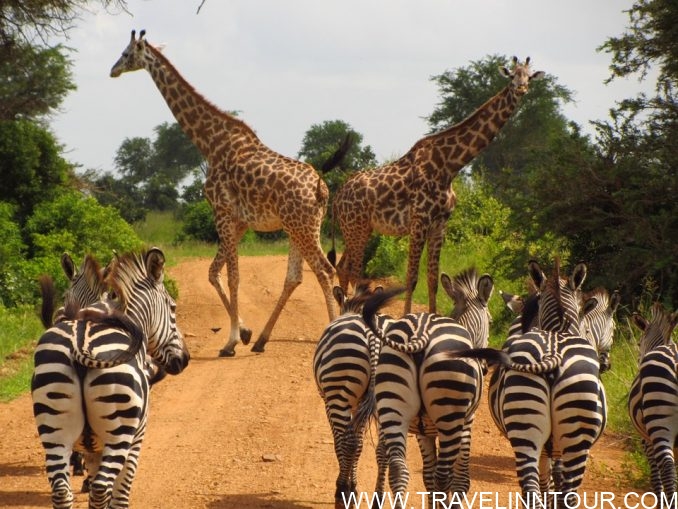 For those who want to get away from the hustle-bustle of the society can go to the sun-soaking beaches of Zanzibar and Mafia Island. This place is much appreciated by snorkelers and divers. So, if you are willing to visit this country, here are some of the best places which you can visit in Tanzania:

Best Places to Visit in Tanzania for Memorable Vacation

You can get a great discount on ticket booking using Make My Trip Offers.

Recommended For You:  Egypt Travel Guide-Part-2

2. Serengeti National Park
Serengeti National Park is a beautiful region where millions of animals wander for grasslands. It is the largest national park in Tanzania and attracts millions of tourists every year. One can go there for wildlife safaris- especially in the months between December and June. Millions of zebras and wildebeest migrate here which entertains tourists. Also, this migration is one of the most impressive natural events. One can also see animals like antelope, lion, leopard, cheetah, hyena, bat-eared fox, hunting dog, and jackal in the vicinity. Moreover, around 500 species of bird have been seen in the Serengeti National Park.

3. Zanzibar Beaches
Zanzibar is basically an archipelago with islands like Zanzibar and Pemba. Also known as Unguja, the island of Zanzibar is a beautiful and attractive holiday destination for tourists- all thanks to the beautiful beaches it packs. This island has some of the best beaches in the world. The soft white sand, clear water, and long walks always keep you hooked with nature and its surreal beauty. You can also see some traditional boats along the seashore. One can also go and visit Stone Town, which is known for its old Arabian townhouses and narrow alleyways.

4. Ngorongoro Conservation Area
The Ngorongoro Conservation Area is known for the famous volcanic Ngorongoro Crater. It is one of the, most popular wildlife viewing areas in Tanzania. This Conservation Area is located between the Serengeti and Lake Manyara. The high supply of water comes from the volcanic crater and all animals stay there rather than migrating. Visitors from the world come here to watch birds and the famous Olduvai Gorge. This archaeological site depicts some ancient skull and bone fragments of early people. Thousands of animals can be seen here including lions, elephants, rhinos, Thomson’s gazelles, and buffaloes. Also if you are looking for travel agent jobs then it could be the best chance to try it.

Recommended For You:  10 Best Things To Do In Dubai With Your Family

5. Lake Manyara National Park
Lake Manyara National Park is all about nature- packed with forests, woodland, grasslands, and swamps. It is said that two-thirds of the whole area is covered by water. One can go to Lake Manyara and see thousands of flamingos and other bird lives wandering there clueless. The Lake Manyara Park is known for the highly populated elephants, tree-climbing lions, and hippos. So, you can take a wildlife safari and entertain yourself by seeing these wild animals. Mountain bike tours, bird watching, and canoeing are other popular activities to do here. Fun fact, this park also has the largest concentration of baboons in the world.

6. Mafia Island
Mafia Island is a paradise for divers. Many divers and snorkelers travel from world to witness the surreal undersea world which is protected by the Mafia Island Marine Park. One can come here for diving between the months of October and March. Mafia Island Marine Park packs beautiful coral gardens and variety of fishes which can entertain the divers peacefully. It is also a traditional breeding site for the green turtle. Mafia Island is known for the deep-sea fishing too- especially tuna, marlin, and sailfish. This island was found in 8th or 9th C and since then, this has become a paradise location.

Recommended For You:  Honeymoon Travel - A Lifetime Experience

7. Tarangire National Park
Established in 1970, Tarangire National Park is one of the best national parks in Tanzania known for the migratory wildlife. The best visit to this park lies in the dry season- from July to September. One can take a wildlife safari and go nearby river where all the animals are gathered in the dry season. This park has one of the highest concentrations of migratory wildlife. One can see animals like wildebeest, zebra, buffalo, impala, gazelle, hartebeest and lagoons in this park. This park is also known for the baobab trees and activities like birdwatching. Birds species like buzzards, vultures, herons, storks, kites, falcons and eagles can be seen here.

What are your favorite places to visit in Tanzania? Share your experience with us. 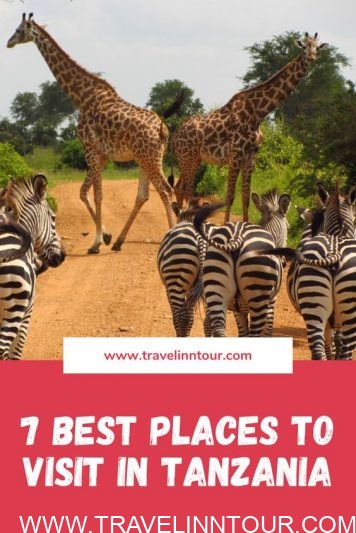 Yoga and Travel: 6 Ways to practice yoga while traveling

With the holiday season coming up, many of us have made travel plans. Be it over the weekend, a week-long retreat or even a month-long […]

Is it true that you are arranging the young lady’s outing of a lifetime for yourself or your closest companion’s unhitched female? Try not to […]