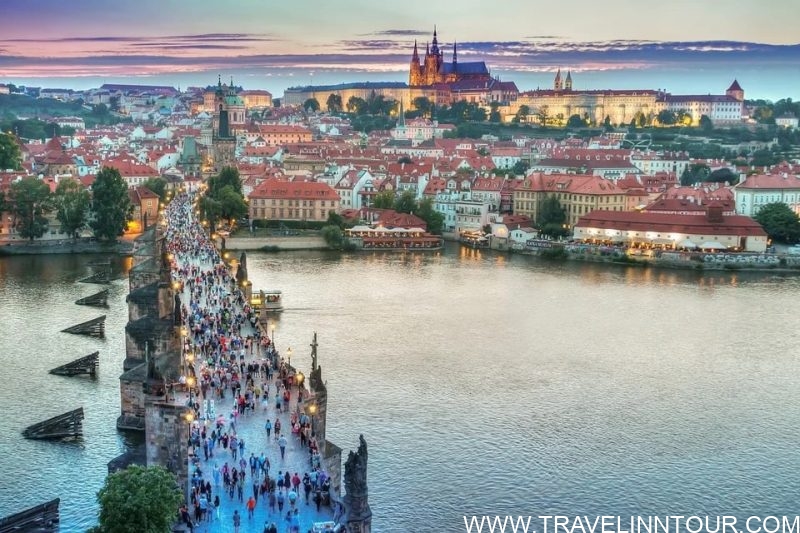 The population of the Czech Republic is approximately 10.65 million and the official language being spoken is Czech.

The voltage is 230 V and the frequency is 50 Hz. The kind of plug used is Round pin plug and receptacle with a male grounding pin

The environment of the Czech Republic can be called as Temperate with hot summer seasons and cold overcast winters. It likewise gets snow. The majority of the rain comes down in the summer season. Due to different altitudes, the variation of temperatures varies.

The temperature levels are relatively low at high elevations and more precipitation. Temperatures range between 57 °F and 78 °F or 14 °C and 26 °C. Weather in the fall is still pleasant in September and part of October, but it then quickly becomes colder, rainy and sometimes snowy starting with November.

Temperatures range between 37 °F and 68 °F or 3 °C and 20 °C. Of course, these are all just averages. The weather and temperatures can be different when you visit, so remember always to check the weather forecast before you travel.

The dressing should be casual and conservative other than at good hotels or official dinners or restaurants. Tipping is normally 5 to 10 percent in dining establishment, hotels and taxis.

By Air. The national airline company of the Czech Republic is Czech

Airlines. There are numerous other little and popular international airlines operating from the Czech Republic. Flying is simple as the regional Ruzyne Airport is global and deals with flights from all over the world. Other options for getting to Prague include trains and buses, both of which travel to and from Prague often every day. Search and Compare Cheap Flights here

By Rail. The country belongs to the comprehensive network of trains linking the European cities. If you are coming from Western Europe the most practical connections are via Berlin, Frankfurt, Munich, Vienna, and Zurich to Prague.

Recommended For You:  Best Party Destinations In The World

You can purchase a prepaid SIM card to access the Internet on your phone. Some options provided by local carriers are Vodafone, T-Mobile, and O2. You can buy a travel plan that includes the internet at any of their stores in Prague. 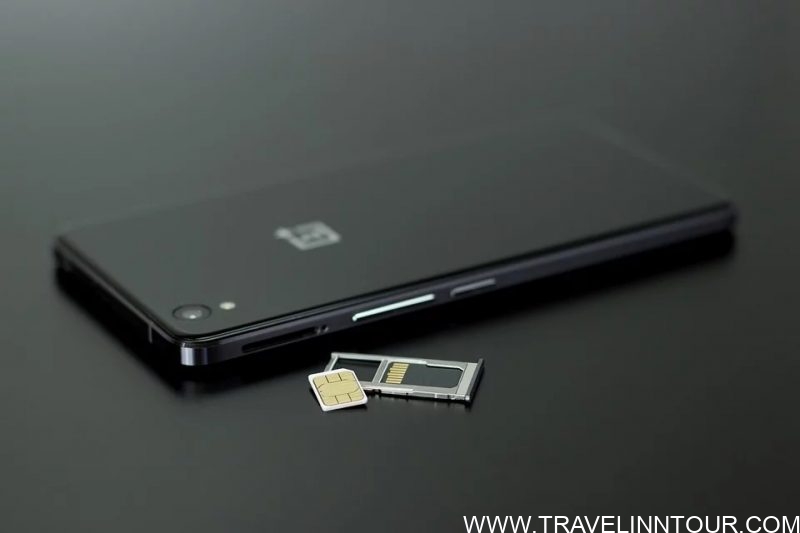 At Vodafone, for example, you can get a 30-day 10 Gb plan for 800 CZK. Alternatively, you can consider renting a mobile hotspot. If you’re from the US and travel a lot, consider using Google Fi.

Access the internet: You can purchase a prepaid SIM card to access the Internet on your phone. Some options provided by local carriers are Vodafone, T-Mobile, and O2. You can buy a travel plan that includes the internet at any of their stores in Prague. At Vodafone, for example, you can get a 30-day 10 Gb plan for 800 CZK. Alternatively, you can consider renting a mobile hotspot. If you’re from the US and travel a lot, consider using Google Fi.

Prague is a budget-friendly vacation destination for individuals of any age and is identified with a romantic, middle age and historical appeal.

The best time to visit Prague is in May and June in the spring and in September and October in the fall when the weather is warm and stable, and the summer tourist crowds are gone, and prices drop.

Summer gets a lot of tourists and higher prices, but the weather is still pleasant. The cheapest time to visit Prague is in the winter when there are fewer tourists and the prices of accommodation are lower. However, be prepared for some cold weather, often below freezing, and know that days will be shorter, and you will have less time during the day.

Also, Prague is a very popular tourist destination and crowds are common even in the low season.

Planning cheap vacations to Prague, in the Czech Republic is something most people never believe when choosing where to go. You do not know what you are missing out if you have never gone to the country. You will find that Prague is a great location for a vacation.

The main emphasis of the city is the huge Prague Castle (Prazsky Hrad). By taking a walk through the little streets and lanes within the city, you get the feeling of being back in time as its historical feel character is obvious to state the least.

Prague Travel Guide – What to do and see around Prague 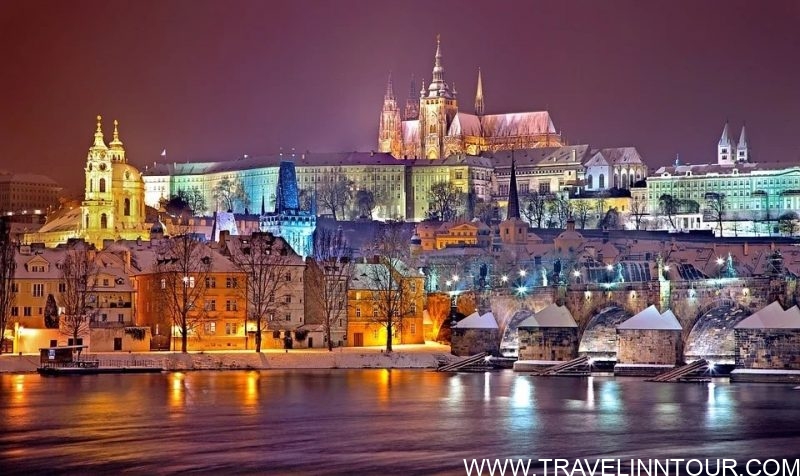 The former home of the Princes and Kings of Bohemia and now the seat of the President, Prague Castle is an intrinsic part of Prague and a terrific location to check out, with its Crown Jewels, St. Vitus Cathedral and altering of the guards at the Castle gates. Any literary fans will likewise be interested to go to Golden Lane in the castle premises where Franz Kafka as soon as lived.

Recommended For You:  Adventure Holidays - Best Places For Adventure Travel 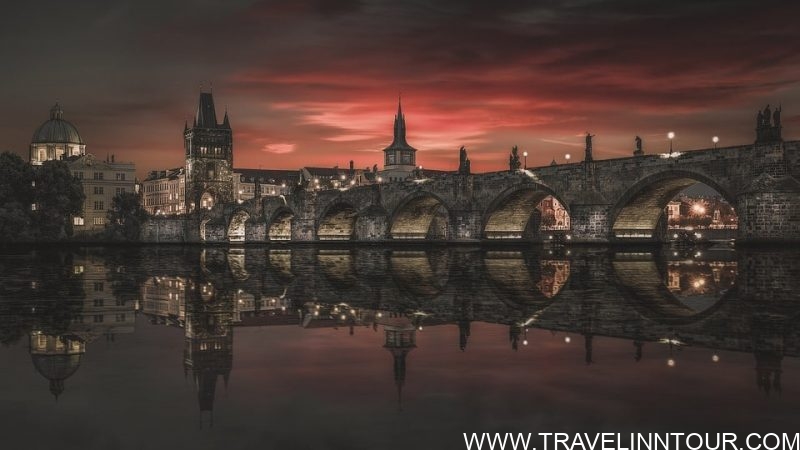 Charles Bridge is a hive of activity day and night and is a vital part of this lively city, not least since it is the main road connecting the Old Town with Mala Strana on the opposite side of the river. Lined with souvenir stands and gifted artists and musicians this 13th-century bridge constantly makes for an entertaining stroll.

Prague’s Astronomical Clock can be found on the side of the Old Town Hall. Dating back to the 15th century this splendid timepiece is simple to identify as generally a crowd collects in front of it every hour on the hour in time for the procession of the Twelve Apostles, throughout which a little trap door opens and Christ leads the way ahead of his disciples.

Prague’s Jewish quarter is home to a few of the city’s most wonderful and colorful structures such as the bright Jubilee Synagogue and the gothic style Old-New Synagogue dating back to the 13th century. It is also home to the New Jewish cemetery where Franz Kafka was buried.

Dating back to 1475 Powder Tower is the gothic entrance to the Old Town. Once a gunpowder depot (for this reason the name), the Tower currently functions as a museum with displays on life in medieval Prague, the history of the city and the history of the tower itself.

This baroque church goes back to 1735 and bases on the site of an earlier church. With its pure white frontage, this gorgeous structure is an admirable property to the Old Town Square and has an equally breathtaking interior with stunning frescos. It is not surprising that classical performances are kept in this magnificent setting throughout the year.

Officially opened in 1783, this wonderful theatre exudes sophistication and beauty inside and out and is famous as the setting for the premiere of Mozart’s Don Giovanni. Previously independently owned the theatre was brought by the Czech Estates in 1798, for this reason, the name.

Formerly the primary Prague horse market, Wenceslas Square now serves as the main shopping street with the unofficial title of Prague’s parade ground for times of nationwide celebration or demonstration (as in the time of anti-communist uprisings). The square is presided over by a statue of St. Wenceslas astride his horse, Prague’s national hero and the Good King Wenceslas of Christmas carol popularity.

Recommended For You:  Good Day From City Of Melbourne Australia

Prague’s Museum Kampa houses the art collection of collectors Meda and Jan Mládek. The museum, a mill in the heart of the city, showcases Central European Modern Art consisting of sculptures by Otto Gutfreund and paintings by František Kupka.

Built-in 1891 for the Jubilee Exhibition, the Petrin View Tower is a smaller variation of the Eiffel Tower and stands at a height of 60m with 299 actions leading up to the leading platform. The Tower was resumed in 2002 after a period of restoration, head to the top of Petrin View Tower for spectacular views over Prague.

This historical square is a popular tourist destination with sights such as the Astronomical clock and also serves as a popular conference place. It is likewise the site of Prague’s yearly Christmas Market. In the center of the square stands the Jan Hus Memorial set up in 1915 to mark 500 years considering that his death by burning due to his religious beliefs.

Where to Stay in Prague

Not so long-ago Prague was still under a communist regime making traveling to Prague extremely difficult. Back in the early nineties, the quality of the hotels in Prague was questionable but at the moment all worldwide hotel chains have their hotels in Prague.

The city of Prague has numerous popular areas for accommodation. All offer simple access to the city center, tourist attractions, dining establishments, and shops.

If you’re on a budget, stay in the New Town, near Wenceslas Square. Despite being called New Town, the area is full of historic buildings. If you’re traveling with the family, Malá Strana, on the opposite side of Vltava is a good option.

A mid-range hotel double room in Prague costs between 1,000 and 3,000 CZK per night. For budget hotels, the average is 1800. Hostels cost around 400 CZK per night on average.

Best Views Of The City

You can enjoy amazing views of Prague from one of the following places: Old Town Hall, Charles Bridge, Lesser Town Bridge Tower, Prague Castle, St. Wenceslas Vineyard, The prospect – Letna, National Monument on Vítkov, Žižkov Television Tower, Vyšehrad, Petřín Hill Tower, and many others. Check out our travel guide for more places with free and paid amazing views of the city and maps to quickly locate them.

Hope you enjoyed this Prague Travel Guide, let us know your favorite places to visit in Prague. Your valuable comments are highly appreciated.

Dealing with SeaSickness on a Cruise

Suffering from seasickness on a cruise ship? If you or someone in your family is going to go on a cruise but they struggle with […]

How is the Maharajas’ Express Train Different from other Indian Trains?