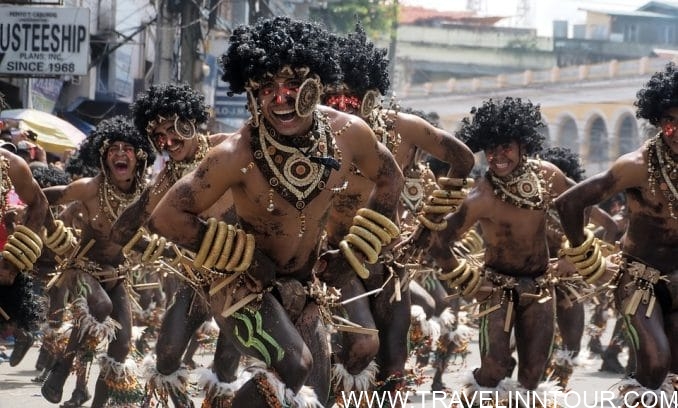 Following Are Some Of The Top Events and Festivals In The World.

Located in the East-Central Alberta, the City of Camrose is famous for the centrally situated sparkling lake, inhabited by a family of majestic swans, extensive parkland and attractive, historical background. This Rose City is a relatively close-knit and progressive community, with a strength of about 15,850. Camrose residents have immense pride in their scenic hometown: host to the Big Valley Jamboree country classic.

Camrose has a well equipped $1 million stage, with the latest in high-tech lighting and a 140,000-watt sound system built to deliver high clarity to large audiences. The live TV screen at the main stage ensures that even people at the back of the concert bowl get a close-up view of the performers. The best aspect is that this 400-acre mini-village is recreated each year for the festival. 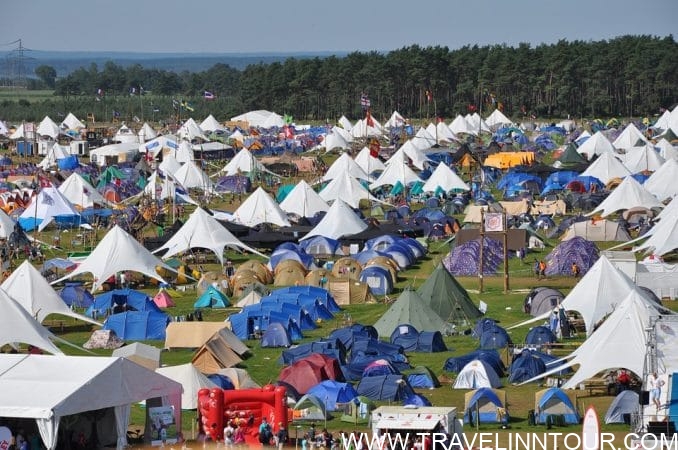 Those who can make the yearly pilgrimage to this mini village in Camrose, Alberta are sure to witness amazing sight-country music stars and the small country camaraderie prevalent in the cozy vibes throughout the venue. However, beyond the inevitable enjoyment of a live show with favorite tunes from favorite acts, it is the ease with which one can set their own pace that makes Big Valley Jamboree such a hit.

The lack of restriction adds to the fun-spirit of the festival and one can have a small party with a group of newly found friends, or old ones brought in to especially savor the occasion with known company or simply lie back with a pillow under the head-while awaiting the best country music acts in the world on the Camrose stage- from morning till night!

The highlight of Camrose country: The Big Valley Jamboree

Rio de Janeiro a large city in Brazil, on the South Atlantic coast, is widely known for its breathtaking landscape, laidback beach culture and its annual carnival! Enquire anyone about Rio and the answer you would get is: think Rio, think carnival! However, beaches also serve an important destination for the people who come for sightseeing. The must-visit beaches are the Copacabana and Ipanema, the Christ The Redeemer (Cristo Redentor) statue, the stadium of Maracanã and Sugar Loaf Mountain (Pão de Açúcar) – all of these make up the flavor of this forever-festive town.

The vibrant and fun spirit most evident during the Carnival celebrations define the wonderful city of Rio. Parades are held annually and taken to the streets for all to witness, participate and enjoy. The residents of Rio, called Cariocas, are known for being easy-going and friendly and they welcome visitors into their fold in a natural and comfortable manner.

Recommended For You:  Best Cities To Live In New Zealand

The Tampa Bay area is a metropolitan area on the Gulf coast of west-central Florida and includes the cities of Tampa, St. Petersburg and Clearwater, and many more small municipalities in Pasco, Hernando, Pinellas, and Hillsborough counties. The counties that constitute the Tampa Bay area are Hernando County, Hillsborough County, Pasco County, and Pinellas County.

The first Super Bowl game was played on January 15, 1967, as the AFL-NFL World Championship Game. In this, the NFL championship team played against the champion of the younger, rival American Football League (AFL) for the “World Championship of Professional Football”. 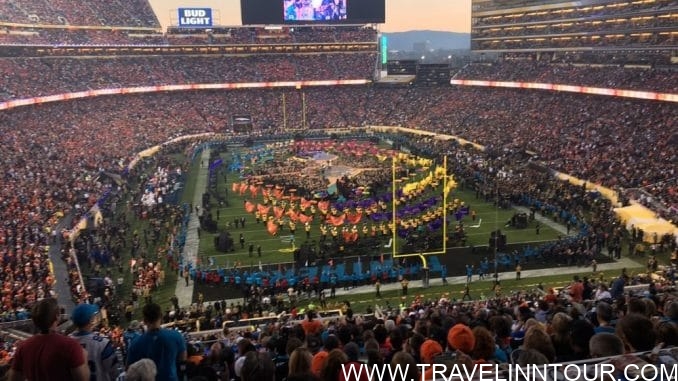 Both leagues merged in 1970 and resulted in the Super Bowl becoming the NFL’s championship game. Since then, the game has been played annually on a Sunday following the playoffs, originally early to mid-January, then late January, and from 2002, the first Sunday in February. The Super Bowl is one of the most-watched U.S. television broadcasts of the year, attracts many top companies to spend millions of dollars on advertising.

The Super Bowl is an annual sporting event that is eagerly awaited by all lovers of National league Football play. The reason for Tampa Bay to become so famous is that it has been selected as the venue for the famed Super Bowl XLIII- the 43rd Super Bowl event. This annual championship game of the National Football League (NFL) is played between the National Football Conference (NFC) and American Football Conference (AFC) champions and is next scheduled for February 1, 2009.

Tampa Bay, Florida, was selected for the game site on May 25, 2005, beating out three other finalists: Atlanta, Georgia, Houston, Texas and Miami, Florida and it is an honor for the town since this game will be the fourth Super Bowl played here. For the Raymond James Stadium in Tampa Bay, this will be the second super bowl game. NBC will show a live telecast of the game, which will be their first Super Bowl telecast since Super Bowl XXXII.

In professional American football, the Super Bowl is the championship game of the National Football League (NFL) in the United States. The game and its additional festivities include Super Bowl Sunday and the excitement reaches such a pitch that over the years, the game has actually turned this Super Sunday into a U.S. national holiday.

Giving the game more festive flavor, there are a host of popular singers and musicians who are invited to perform during the Super Bowl’s pre-game and halftime ceremonies: a great marketing fact that ensures high viewer-ship to this exciting game.

Recommended For You:  The Ultimate Travel Guide To Sydney, Australia

Berlin, the capital of Germany is an important hub for European politics, culture, and science. It is also home to some of the world’s most renowned universities and research centers. World-famous museums and a great transport system make Berlin a major and easy tourist destination. Its diverse range of convention venues and media outlets help it live up to the common perception of its happening nightlife and party circuit entertainment option. 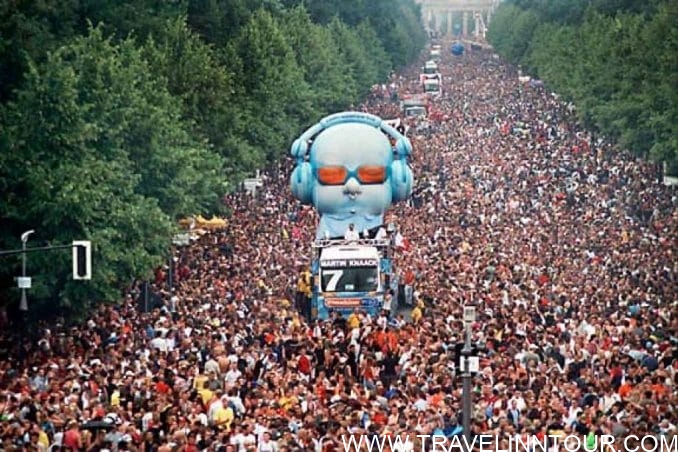 Berlin has one of the most exciting and colorful nightlife scenes that Europe offers to the visitors and its annual Karneval der Kulturen is the much-awaited carnival. The Love Parade is a multi-ethnic street parade. Another aspect of Germany’s accepting nature is reflected in the Christopher Street Day celebrations, which is Central Europe’s largest gay-lesbian pride event; the city’s government openly supports the event. The Love Parade is a techno carnival that originated in 1989 and now its popularity spreads throughout the world.

In the year 1989, the Love Parade was first celebrated 4 months before the demolition of the Berlin Wall and had its seeds in the fresh Berlin Underground under the initiative of Matthias Roeingh, also known as Dr. Motte. The first Love Parade was held as a political demonstration for peace and international understanding through music. The spirit still lives on.

Love Parade and its message: Meaning in Modern times

If you are a vibrant and adventurous nightlife freak then Daytona Beach in America is the best place to offer you all these. However, equally at home are people looking to spend their Spring Break amid cool breezes and sandy soils, as Daytona is a traveler’s paradise. 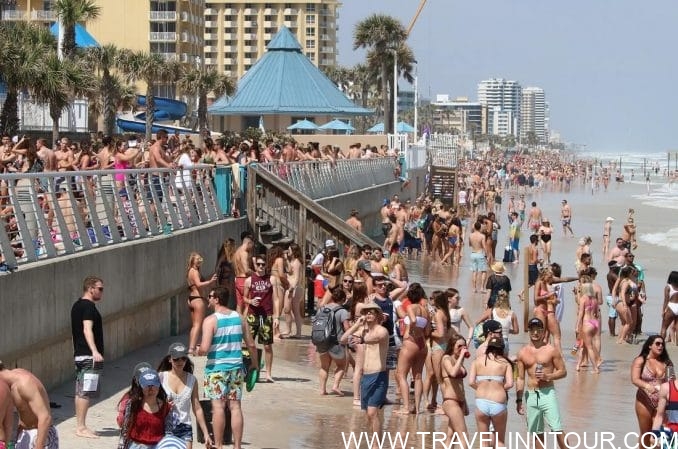 The youthful culture and the party-circuit high grades that are earned from the visitors and residents of all ages in Daytona Beach is notoriously contagious. It is one of the world’s most famous beaches and the spring break capital of the world. To top all this Daytona Beach offers 24 miles of sparkling white sand, lively surf, and more activities than listed on any imaginable tourism brochure!

Recommended For You:  Rome Travel Guide-Two Days In The Roman Empire Capital City 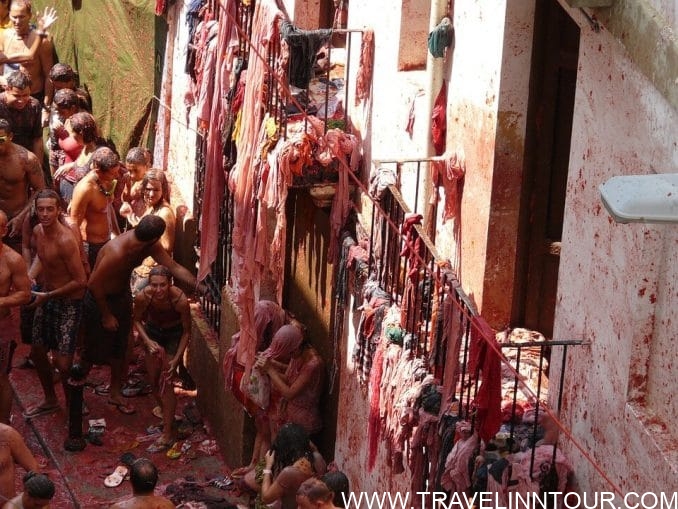 August and takes place in Buñol, to the east of Valencia. This tiny town, Buñol, converts into a hub akin to a theme park that works only on the principle of a food-fight and is a sure-shot way of relieving pent up emotions for many and a primitive form of energetic revelry through fun for others.

It is almost like revisiting childhood and doing the impolite thing –throwing food-, which was considered almost a sin. The Tomato War rids one of all such guilt as it comes with a cultural license and so has many takers. Truckloads of overripe tomatoes are dumped in the middle of town for participants to throw at each other. An hour-long battle that leaves the streets awash with a river of tomato pulp and exhausted participants exhausted is what you witness later.

Historical insight into the Tomato War

La Tomatina was born during the town’s annual fiestas in 1944. The story is that when two rival groups of youths fought with each other using ammunition filched from an overturned vegetable stall, it gave birth to this mirth. The civic authorities tried in vain to suppress it for many years but later sensibly realized that it could develop into a major crowd-pulling event, which it did- in fact, the Tomato War is now the focus of international media attention, bringing into Spain thousands of truckloads of tourism generated revenue!

It is so famous that the 9000 inhabitants of the tiny village of Buñol find tourists by the thousands, almost overnight, before the Tomato War is to begin- enthusiastically scouting spots in the streets to witness the opportunity of a lifetime – The Tomato War!

By mid-day, there is close to 30,000-strong participants in the Tomato War, well-fed and nourished by the locally made pancetta, chorizo and lots of rosés, waiting to face the action offered by copious soakings. The crowds group to witness this absolutely messy celebration of frenzied flinging, slinging and squashing of tomatoes against all-with no discrimination of sex as men and women both get their fair share of fun and tomato pulp. The rules of the Tomato War are simple: squish your tomato before sending it into the red blur of the crowd. The use of other projectiles in this game is prohibited. Try to recognize your friend after this! Such is the spirit of La Tomatina. 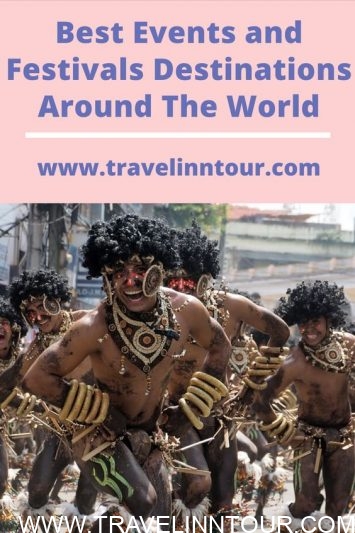 Secret Spain – Best places to Visit in Green Spain.   While visiting the south, I could experience the best days of my expedition to […]

The Netherlands has a liberal attitude towards sex and drugs and the Amsterdam Red Light District is notorious for its brothels, and sex shops. […]